The best advertisement for Comsec is the clients we work with and the results we've achieved for them.

“the partnership with Comsec has proved invaluable...

...in understanding the scale of possible staff discount abuse within our company and provided us with credible intelligence and actionable data to mitigate this risk.” 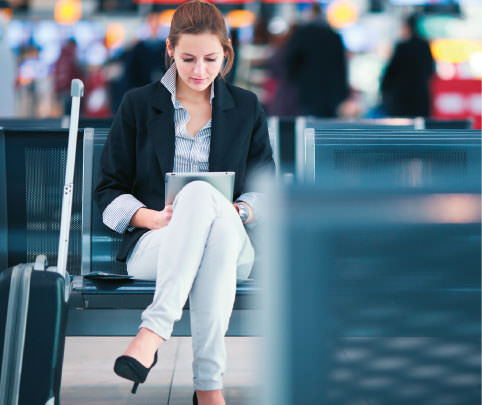 “I have worked with Comsec for a number of years in an area of our business which relies on trust, discretion and the delivery of results.”

“Comsec has provided our team with a powerful suite of automated monitoring tools, which has virtually eradicated our infringement problems from some auction sites.”

“Comsec were retained by British Gas to investigate a fraud affecting the British Gas business and customers nationally. Comsec’s remit was to gather evidence against the persons committing the fraud, present evidence to the police for arrest and finally support prosecution.
The investigative strategy implemented by Comsec reduced fraudulent activity in all target areas. During the engagement, I worked closely with the Comsec Team and found them to be diligent, professional and highly motivated at all times.”

“Watchdog identified counterfeits of one of our brand’s products being sold by an unauthorised website, alongside genuine branded products. The evidence collated by Watchdog was used as the basis for an investigation which led to the site owners settling with our company for circa $1 million. Not only was Watchdog integral in the initial identification of this site but the linking functionality was fundamental to the ensuing investigation and its successful outcome.”

“Comsec has provided JTI with cost effective and scalable solutions to combat anti-illicit trade both online and on the ground globally. Using Watchdog, Comsec have removed circa £1.5 million worth of illicit tobacco online and in collaboration with law enforcement agencies, recovered significant volumes of tobacco having a widespread impact on the sale of illicit tobacco.”

“Comsec has been a key partner in our efforts to monitor and clean up the marketplace for our products. We have been delighted with their technical capabilities, implementation speed, and the ability to anticipate our needs. The Watchdog platform is first-rate and became a vital part of our brand protection workflow. Their staff are responsive, flexible, and completely dedicated to our mission. Comsec removed over $6M USD in unauthorized and stolen products from eCommerce sites in a little over one year’s time.”

Our team are recognised as world-class personal and corporate investigators and have successfully handled some of the most complex cases to emerge over the last few decades; they have recovered millions of pounds and have been commended for their skills, dedication and integrity.

Please contact us using the form to the right or call us on +44 (0) 207 5537960 if you require any advice on implementing fraud prevention measures, identifying and controlling risk, or if you have suffered from any kind of business crime.